The tutorial aims at motivating and outlining the evolution of communication networks operations and management towards fully cognitive and autonomous networks. It takes the Self-Organizing Network (SON) framework as baseline to set the path to the eventually fully Cognitive Autonomous Networks, which both the academia and the telecommunications industry strive to achieve within the next one to two decades.

The tutorial will address the following:

The tutorial is mainly intended to those undertaking or intending to undertake research work in communication networks – both in wireless networks and otherwise. It is also critical to students who may have to think about how future systems should/will be designed. It also raises question to which members of the academia working on automation system may contribute solutions. However, both leaders and researchers in the communications networks industry will also benefit in getting insight into how networks are likely to evolve and where investments may soon have to be directed. The required background for the tutorial is a general understanding of communication networks, no specialist knowledge is mandatory. However, an appreciation of network management-related literature would be advantageous. 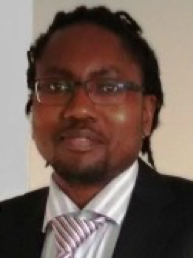 His thesis on multi agent coordination of cognitive self-organizing network functions proposed the first approach towards the operation of multiple cognitive functions in cellular networks. He holds a BSc. Electrical Engineering from Makerere University in Kampala, Uganda and MS Electrical Engineering from the University of Rochester in Rochester, NY. He has more than 8 years of background in mobile network operations, where he managed various projects on network planning, deployment, and optimization; microwave radio engineering and spectrum/interference management as well as fiber-optic network planning, deployment and operations. He is (co-) author of numerous articles and papers on automation in mobile network management and co-editor and lead author of the book titled “Towards Cognitive Autonomous Networks – Network Management Automation for 5G and beyond”. 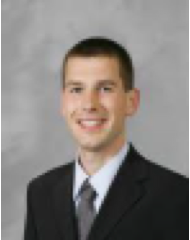 Christian Mannweiler is the head of the Core Network Architecture & Security Research department at Nokia Bell Labs in Munich, Germany. His research focuses on network automation for 5G mobile communications systems, architectures for cloudified networks, and integration of cellular and private industrial networks. Prior to working at Bell Labs, he has been a Senior Researcher at the German Research Center for Artificial Intelligence (DFKI GmbH) in Kaiserslautern, Germany. He received his M.Sc. (Dipl.-Ing.) and Ph.D. (Dr.-Ing.) degrees from University of Kaiserslautern (Germany) in 2008 and 2014, respectively. His Ph.D. thesis on “Context-Enabled Optimization of Energy-Autarkic Networks for Carrier-Grade Wireless Backhauling” was among the first works on automation in wireless backhaul networks beyond SON approaches. Christian has worked in several nationally and EU-funded collaborative projects covering the development of cellular and industrial communication systems. He is (co-) author of numerous articles and papers on wireless communication technologies and architectures for future mobile networks and co-editor and -author of the book titled “Towards Cognitive Autonomous Networks – Network Management Automation for 5G and beyond”.

The Open Platform for NFV (OPNFV) community, under Linux Foundation, spent about four years of collective brainpower in developing testing tools and frameworks. These tools can be run against many different types of cloud deployments as well as test different components of a cloud system. They can also perform different types of testing, such as infrastructure verification, feature validation, stress and resiliency testing, performance benchmarking and characterization. In this tutorial, we propose to educate (both to use and to enhance) the attendees about these tools and automation frameworks, and we explain how these tools can help them in their work – both academic and non-academic.

The outline of the tutorial can be summarized as below. The proposed times are only tentative.

The main takeaways of this tutorial are: 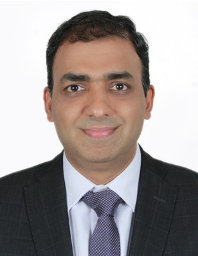 Sridhar K. N. Rao received his Ph.D degree in computer science from National University of Singapore, in 2007. He has worked as Post-doctoral fellow at Microsoft Innovation Center, Politecnico Di Torino, Turin, Italy, senior researcher with NEC Technologies, and as a research fellow at Institute for Infocomm Research (I2R) Singapore. Sridhar is currently working as Architect SDN/NFV with Spirent Communications, India.

Sridhar is a Member, Technical Steering Committee, OPNFV and PTL of OPNFV-VSPERF. His research interests are mainly in the domain of next-generation wired and wireless networking, and use of Machine-Learning in Networking.

He has been working on Software-Defined-Networks since its inception in 2009. He has worked on various opensource (ODL, ONOS, RYU, OVS etc) and commercial (NEC) SDN controllers and switching-platforms. He is certified in Next-generation Datacenter Networking, Openstack,

Docker containers, Kubernetes and Machine Learning (MLSS). He has been speaker at various opensource summits and conferences such as OPNFV, OSS, ONS etc. He has contributed to ETSI-NFV TST (TST-009) specifications, winner of Testing award in OPNFV, and his articles on SDN and NFV are published and well-read in www.newstack.io. Sridhar also has a MA degree in education, and is an honorary professor at CIT, Gubbi, a rural engineering college in India. He runs the Center for creativity in Engineering at CIT.