Abstract: FABRIC (https://whatisfabric.net/) is a nation-wide programmable network that enables creation of a new, secure, flexible Internet. Unlike equipment in the current Internet that simply forwards packets, nodes in FABRIC have significant computational and storage capabilities that allow users to run computationally intensive programs throughout the network, applying application-specific routing, processing/ transformation, and storing/caching of data in the network.  Each node contains large amounts of compute, storage, and specialized devices such as GPUs, FPGAs, and network processors.

Thus, it is proper to think of FABRIC not as a network, but rather a network construction kit, where different blocks can be arranged in a variety of ways to explore network architectural inflection points and tradeoffs at scale.  Running over the ESnet optical backbone with links up to 1 Tbps, this testbed interconnects NSF cloud testbeds, NSF PAWR (wireless) testbeds, commercial clouds, supercomputer facilities, commodity and research networks and is planned to be connected to international sites.

This talk will introduce the audience to FABRIC, discuss its unique experimental and measurement capabilities and describe some possible uses of FABRIC in Future Internet research. 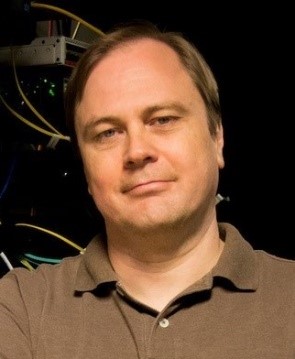 Bio: Ilya Baldin leads RENCI’s network research and infrastructure group (NRIG). He is a networking researcher with a wide range of interests, including high-speed optical network architectures, cross-layer interactions, novel signaling schemes, and network security. He was a co-PI for the ExoGENI project – part of the GENI testbed and is now the PI and Project Director for the new FABRIC testbed. Before coming to RENCI, Ilya was the principal scientist at the Center for Advanced Network Research at the Research Triangle Institute and a network research engineer at the Advanced Network Research group at MCNC, where he was a team member and a leader of a number of federally-funded research efforts. He holds PhD and MS degrees in computer science from North Carolina State University.

Title: Quantum Networking in the Networks of the Future

Abstract: The transformative role of Telecommunications and Information Communication Technologies (ICT) has long been witnessed as a precursor of the scientific progress and economic growth in the modern world. Today, like never, we are witnessing a pervasive diffusion of ultra-broadband fixed-mobile connectivity, the deployment of Cloud-native 5G network and service platforms and a wide adoption of Artificial Intelligence. This is the so-called Digital Transformation, surely bringing far reaching techno-economic impacts on our Society.

Nevertheless, this transformation is still laying its foundations on Electronics and the impending end of Moore’s Law: therefore, rethinking of the ways of doing computation, communications and networking have been already started. Will quantum technologies be the next breakthrough?  As a matter of fact, a first quantum revolution started decades ago and has already brought quantum technologies in our everyday life. Today, a second revolution is underway.

The talk will address the main challenges and issues about the networking integration of Quantum Nodes and Systems (e.g., QKD systems and also quantum computing nodes) in a traditional telecommunication network (e.g., 4G/5G).

Bio: Antonio Manzalini received the M. Sc. Degree in Electronic Engineering from the Politecnico of Turin (Italy) and the Ph.D in Computer Science and Networks from Télécom SudParis and Université Pierre & Marie Curie – Sorbonne Universités (France). In 1990 he joined Telecom Italia (CSELT) to develop transport networks architectures. He has been ITU Rapporteur (1996-2000). He has been involved in leading roles of several EURESCOM and EU-funded Projects. In 2003, he has been appointed as member of the Scientific Committee of the Centre Tecnològic de Telecomunicacions de Catalunya.

In 2008, he has got the International Certification of Project Manager by PMI. He has been the leader of two EIT-Digital funded projects on SDN and NFV infrastructures (2010-2012). In 2013 he has been the Chair of the IEEE initiative on Software-Defined Networks (2013-2016). Currently, he is joining the Board of IEEE Comsoc Industry Committee. He has been General Chair of the several IEEE Conferences.

He owns seven patents. His results have been published in more than 130 of technical papers and publications. He is currently working in TIM Innovation addressing SDN-NFV, Cloud vs Multi-Access Edge Computing for 5G, Future Internet and Quantum Communications.

Abstract: This presentation casts a vision for Open 5G networks. Current networking ecosystem is characterized by a closed system, vendor-specialized hardware, proprietary interfaces, etc. This is not suitable to accommodate a plethora of changes that are taking place in various spheres. Notable changes are observed in key technology trends, industry innovation projects, and 5G technology evolutions. These changes point to open networks through ecosystem transformation.

One notable data point is that there have been steady but significant changes in the way the people and machines communicate. IDC predicts that the Global Datasphere will grow to 175 Zettabytes by 2025 and that 49% of the world’s stored data will reside in public cloud environments in 2025. In addition, real-time data demand will represent 30% of total traffic by 2025. Real-time data is demanded in some applications where process decisions have to be made quickly; for example, robots on a manufacturing floor or self-driving automotives require quick control decision based on real-time data due to the nature of the application. This brings up the importance of distributed edge computing.

On the other hand, RAN network is undergoing an evolution from traditional dedicated (purpose-built) RAN into Cloud RAN where RAN functions are decomposed as virtualized functions and stored in the Commercial off-the-shelf (COTS) server architecture in the cloud infrastructure. Cloud RAN significantly enhances operational efficiency from the perspective of resource pooling as well as software programmability.

Cloud service providers such as Google, Microsoft, and Amazon are emerging as key players in these infrastructure transformations. Thus, it is critical to understand ecosystem changes for 5G services. In addition, 5G private service sector is another emerging opportunity for enterprise industries. Driven by Open Compute Project (OCP), Telecom Infra Project (TIP), Linux Foundation (LF) Edge Stack, open software and hardware ecosystem is another key trend beyond research. All these changes are taking place concurrently and rapidly and as such, 5G services and applications cannot be delivered solely by Mobile Network Operators (MNOs). Real-time service creation capability referred to as federated orchestration across multiple business entities is also required.

This presentation discusses all these issues and suggests the enablers towards open 5G ecosystem. It concludes that building open ecosystems in many components – open/whitebox hardware, open source software, open interfaces, open brokering system and open development/testing process – is a foundation for 5G digital transformation. 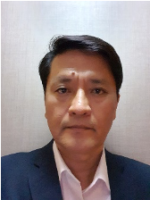 Bio: Dr. Young Lee has been in telecommunication industry over 30 years. His specialty includes network architecture, SDN/NFV, network orchestration, 5G transport and core network design, network control and management. He is currently Head of Network Architecture Office at Samsung Electronics Networks Business Unit where he is leading network architecture evolution and strategy to transform various elements such as RAN, Core, Transport with AI/NFV/SDN and Orchestration into integrated solutions. At Huawei US Research center in Texas USA (2006-2019) he was Technical Senior Director and Distinguished Engineer and led several key technology concept developments, standardization and evangelization in the areas of optical control plane, path computation, transport SDN, network cloud platform and orchestration.

He received B.A. in Applied Mathematics from U.C. Berkeley (1986), M.S. in Operations Research from Stanford University (1987), and Ph.D. in Decision Science and Engineering Systems from Rensselaer Polytechnic Institute (1996).